← more from
New Amsterdam Records
Get fresh music recommendations delivered to your inbox every Friday.

The Vanity of trees 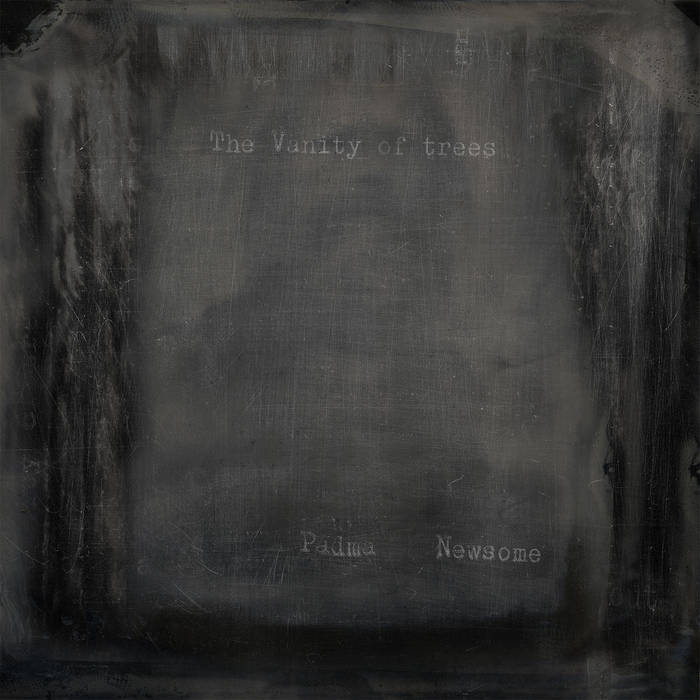 Acclaimed Australia-based composer, multi-instrumentalist, vocalist, conductor, arranger, and frequent collaborator of bands such as The National and Clogs, Padma Newsome will release his new album, The Vanity of trees, on November 16 through New Amsterdam Records.

The Vanity of trees is a sonic essay inspired by the landscape of Padma Newsome’s home of the past 14 years, Mallacoota, Australia. The small town of about 1000 people sits along an inlet of the Tasman Sea in the far eastern corner of Victoria, along the edge of wild sea and forest. “Beauty and a stifling harshness exudes: a seeming wonderland of internal rarefied struggle,” Newsome says of the landscape, where he lives a lifestyle of reflection and seclusion.

Newsome constructs a warm sonic world that explores the woods that envelope his life in the country, including the character-filled trees that have become his closest neighbors and the life they support -- Koalas, Lyrebirds, King Parrots, Wombats, Possums, Goannas, and sporadic humans and households. In addition, the record looks at the isolationism
and toughness in remote country, the desolation that emerges and destroys families and lives.

“Grey Gums, some of the main characters, often Koala’d, and stooped in the distance around a pond: a three tree stand. Also distant, but envied, the angophera floribunda, recent from a beating by the Fruit Bats, but still lays a long and broad shade. In absentia, the Snow Gum, who beckons like a phantom from the highlands: a ghostly beauty.

The Black Wattle, first to be cast and to the left down into a steep escarpment as I wander up the slow winding damp road, now a year later, I see a black puny silhouette, strangled, ‘It’s all I am so what, so what.’

A statue and fierce in death, an all gnarled Cherry Ballart, bonded to the roots of a Bloodwood, lower limbs cut by man, with bulbous giant black warts clustered at its elbows and corners. Mystery dwellers, long gone, an empty inedible elegance.

No longer with us: a mature She-oak, allocasuarina, she and he, two friends both laid strewn together after a great storm. They had fallen arm in arm perhaps in a death tryst. White ant, the quiet destroyer, had gotten right in and that same night had felled the most Proud Trunk, an ancient tome. We felt it in our beds and attics, quaking the hill from miles away.

On neutral ground a towering Bloodwood stands next to a pair of Grey Gums, where the night singers sing under sky and stars.

At the last, we leave a hollowed clearing. It slowly fills with leaves and sighs and leaves until moist and cold ghosts are silent and mouldy. A single human darkened in shadow looks behind, but the puny Black Wattle has demised.”

Newsome wrote, performed and recorded the music in large, committed sweeps - relying almost entirely on his gut, ear and modest equipment. His blend of classical, folk and post-rock influences swathed in shifting textures are both grounded and punctuated with his classic and extended techniques on violin and piano. There is an embedded modernism tucked away amongst the leaves. Newsome’s haunting, sometimes yearning, vocals are imbued with his deep respect for his wild companions; the result is a collection of earnest and evocative pieces as sonically varied as the landscape that Newsome honors.

Bandcamp Daily  your guide to the world of Bandcamp

Stanley Ipkuss joins the show to discuss his latest release "Among Other Things."